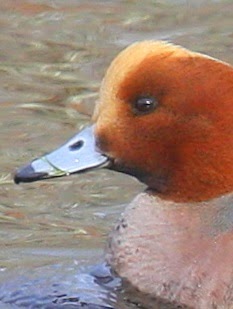 On the eve of the Rochester by-election, UKIP today attempted to whip up their already confused supporters into a xenophobic and fear-fuelled voting frenzy.

Whilst DEFRA had been prepared to attribute the recent confirmed outbreak of the H5N8 strain of bird flu at a duck farm in East Yorkshire to ‘a wild bird origin’, UKIP took things a step further this morning when they blamed a recently arrived Wigeon from Russia for the disease’s arrival in Britain.

“It’s perfectly clear to us that this dirty Russian immigrant has come here hoping to tap into our country’s over-generous welfare system!” sputtered Enid Felcher, a staunch and swivel-eyed UKIP party member from Chatham.

“It’s a sign of how the Tories have broken Britain – and not content with that, they’ve imposed sanctions on Russia, god only knows why, and that’s driving these desperate Wigeon to try to claim asylum in our warm, cosy duck farms.

“And once they’re there, they start taking the jobs from good, honest, British-born domestic ducks. When they’re not stealing the position of delicious Chinese restaurant starter, they’re signing on and drawing benefits... and now they’re bringing their weird contagious respiratory diseases with them. The filthy, greedy and above all, foreign bastards!”

Vladimir Putin, a Wigeon originally from a small wetland near St Petersburg, said, “This is just Nigel Farage and his deranged cohorts trying to start a new cold war. And speaking of colds, I may be running a high temperature and generally feeling like shit, but I’ve not got bird flu.