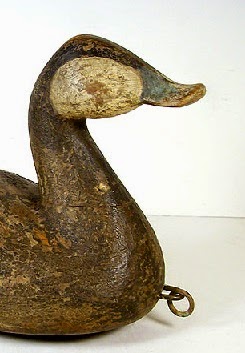 Britain’s surviving Ruddy Ducks said a big, hearty “fuck you” to DEFRA today. Speaking from a secret location in Dorset, the survivors of the ongoing culling program issued a press release in which they slammed DEFRA’s sub-contracted marksmen as ‘inept gun-toting twats who should stick to industrially reared Pheasants’ and promised to ‘breed like a bastard’ next year.

Tom Logan, a Ruddy Duck drake who divides his time between Dorset and Hampshire, said “Peter Scott would be proud of us. We’re enduring against all the odds.

“Although to be fair, if DEFRA employed birders instead of so-called professional marksmen, they might actually have an inkling as to where we hang out. I mean, it’s not exactly as if we’re inconspicuous. I’ve got a neon-bright blue beak, for fuck's sake.

“I’m planning on spending the early part of next year getting a few broods underway, and then I think I’ll fuck off to Spain and shag a White-headed Duck or three with my improbably massive duck penis. Those sexy Spanish senoritas... I just can’t resist. I know I shouldn’t, but...

Arthur Balsam, a shooterist employed by DEFRA in recent years said “They’ve got wise to us. And if I’m honest, I’ve a sneaking admiration for the Ruddies. They get to live an adrenalin-charged life of shagging on the edge of the law. Sounds like fun to me.”

Tom Logan peered cautiously up and down his chosen body of water, and defiantly added “Fuck you, DEFRA”.

And with that, he vanished into the reeds.