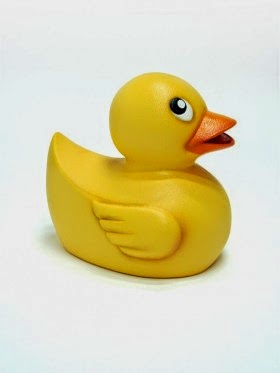 With today marking the 23rd anniversary of the ill-fated appearance of a Mugimaki Flycatcher in Humberside, a new birders’ news service has been launched to cater for those who are interested in devoting lots of time and plenty of money to seeing escaped birds at large in the UK.

Birds I Really Don’t Get Unless I’m Desperate & Easily Satisfied (BIRDGUID&ES) promises to provide an accurate news service devoted entirely to the sort of dodgy rubbish that, in a more discerning past, birders wouldn’t have bothered to get out of bed for.

Practically anything will be newsworthy – be it a Common Bulbul sporting an aviculturist’s ring, a half-blind and lame Blue Rock Thrush, or a pet Snowy Sheathbill wandering a dock and wondering where all the on-board scraps have gone.

“This is precisely what I’ve been waiting for!” exclaimed a clearly delighted Tom Logan. “Up until now nobody has taken my desire to augment my list with plastic crap seriously.

“You’d get the occasional report of a dodgy House Finch or Red-fronted Serin, but by and large the existing bird services haven’t catered for the truly desperate lister. You only have to look at the vitriol poured out on any Birdforum thread devoted to an escaped bird. That’s where you’ll see the utter contempt that most people have for blokes like me who don’t have functional adult relationships with anyone but other like-minded arseholes.

“Well, now we have a news provider that’s taking seriously our need to validate ourselves by adorning our lists with as many species as possible!”

Arthur Balsam, a birder who saw the Mugimaki Flycatcher at Stone Creek on 17th November 1991, remains indifferent. “Everyone who saw the Mugimaki at the time knew it was the real deal, and the subsequent decision by the British Ornithologists Union Records Committee to label it as an escape was laughable. Lest we forget, this is the same committee that latterly opened the door to Hooded Merganser, for fuck’s sake.

“It’s a sign of the times that people are getting excited about reports on the news services of escaped bulbuls.