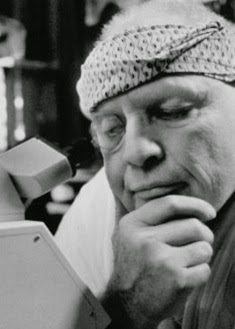 News emerged today that a shadowy team of RSPB scientists have been tasked to create a new avian super-predator, a nightmarish hybrid between a Cormorant and a Hen Harrier.

“It’s going to be every angler and every shooting estate’s worst nightmare,” said a gleeful Dr Montgomery Moreau, the lead scientist for the project. “Picture, if you will, an omnivorous hybrid that’s as happy catching carp as it snaffling grouse chicks. The incorporation of waterproofing into the Cormorant is a definite advance, as is the increased aerial manoeuvrability. This bad boy can hunt fish like an Osprey.

“At the same time, instead of faffing around tearing up prey items into little bits on a grouse moor, the Cormorant-like ability to swallow prey whole in a couple of quick gulps means the new hybrids will be able to literally scarf down entire broods of newly-hatched Red Grouse.

“It’s going to be carnage in the uplands and in the lakes. Why are we doing this, you might ask? Well, partly because we’re just bored of justifying the perfectly natural actions of species like Cormorants and Hen Harriers when faced with an unnaturally dense food source.

“But mainly just because we can”.

Edward Prendick, a plainly confused supporter of comedy pro-country sports lobbying group You Forgot The Birds blustered, “Yeah, well, we’re going to make a hybrid of our own, so there! It’s going to be a cross between a gamekeeper and a farmer!

“Meaning it’ll be completely at home handling illegal pesticides, competent with a shotgun, brilliant at sourcing massive amounts of public subsidy, and adept at currying favour with politicians. The only problem we can foresee is hybrid sterility...

“Because, as anyone who knows the first thing about country sports would tell you, anyone who likes shooting animals for fun invariably has a tiny, tiny penis”.